Home
|
Blogs
|
Why generator rating in kVA but not in KW?[Power Rating Solutions]

Why generator rating in kVA? We will find out here in this guide.

Choosing a generator set might be difficult, given the variety of ratings and standards available. You may assure your generator set’s needed performance by matching your requirements with the right generator set ratings.

Proper installation of any generator set, you need the necessary standards and ratings for your demands, such as total kW power, running time, load factors, and emissions restrictions, must be determined.

Where Does Kva Come From?

Whenever it refers to generators, there are indeed a lot of technical words that might be perplexing if you’re not familiar with them.

This is simply a measurement of the output power. We go through everything in greater depth below, along with recommendations for what kVA rating might require.

What Does KVA mean in simple words?

The terms kVA and watts are subtly different, but for some uses, kVA expresses the device’s capabilities in a more useful manner.

The maximum level of the voltage and current sinusoids are measured in kVA, and they are clearly relevant to insulation failure (voltage), overheating (current), and so forth.

The amount of power you can obtain from the system is also determined by phase shift between the current and voltage sine waves; if they really are exactly in phase, you can have all of the kVA rating’s power.

However, if they are out of phase, you will receive less.

What is the definition of a power factor?

The ratio of kilovolt amps and kilowatts (kW) which are extracted from an electric load is called power factor (pf).

The connected load of the generator determines this. The power factor on a generator’s label acts as a connection of the kVa to the kW rating.

Power That Comes On And Off (Intermittent Power)

At SAE standard environmental temperature, this is the maximum output possible. These values may be sustained for brief periods of time during operation.

When standard power line carrier services fail, a generator set’s output current is utilized for emergencies or backup power. In most cases, it lasts fewer than 60 hours annually.

The output can be achieved in a constant duty mode at standard ambient conditions. The generator set’s electrical load is generally constant.

The output power from an engine operating a generator unit, or, in the other terms, the mechanical energy powering the generator, is measured in kW kilowatts), or occasionally kWm, kilowatts mechanical.

To minimize misunderstanding, the generator’s electrical output is commonly referred to as kWe (or ekW), which refers to the real generator output following energy losses.

Watts (W) or thousands of Watts are the most common units of electrical power measurement (kilowatts, kWe).

What is the purpose of an Automatic Transfer Switch?

Whenever a normal source, such as a utility, fails, an automated transfer switch (ATS) switches electricity to an emergency source, including a generator.

When an ATS detects a power outage on the line, it notifies the engine panels to activate. So when normal supply is recovered to normal power, the ATS closes down the generator and sends power back to the regular source.

In The Case Of A Generator, What Does Kva Mean?

1,000 volt-amps equals a kVA. If you increase the voltage (the force that pushes electrons through a connection) by the amperage, you get this electrical current.

Read More: Will A 20KW Generator Run My House?

Kilovolt-amps are used to quantify a generator’s ‘power rating.’ It’s not to be confused with kilowatts (kW), which are used to measure ‘real power.’

This power factor (PF), which is expressed as a ratio or percentages, distinguishes the two.

By calculating kVA by the power factor, you may convert kVA to kW. In solitary generators, the PF is normally 1, implying that kVA and kW are equivalent. The PF for 3 phase generators is typically 0.8.

Transformers Are Always Rated In Kva Rather Than Kw

If a transformer is specified in KW, then the operator must operate it at the specific power factor indicated.

Therefore, operating the transformer at the specified power factor is not a viable option.

The transformer’s power factor fluctuates depending on the load’s proportion and type. As a result, the transformers and alternators are always made following the KVA.

Read More: What Size Generator Do I need for a Garage Door opener?

Both the transformer and the induction motor operate according to the law of electromagnetic induction given by Michael Faraday.

The transformer rating is provided in KVA, whereas the motor rating is specified in KW.

There is no mechanical output from a transformer. The power factor of the power source has no effect on the output or inefficiencies in a transformer.

The power factor of the circuit where it is employed is unaffected by the transformer.

It is impossible to make or design a transformer based on KW.

Let’s Do Some Maths

As a result, perceived power, expressed in kVA, is considered the alternator’s rated power.

The suggestions regarding why generator rating in kVA outlined in this guide will help you to understand the rating systems. 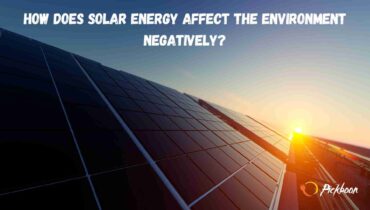 More about this author
Author 81 Posts